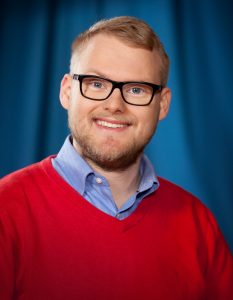 The SWiPE project is as much about research as it is about delivering insights that are of use for Finnish businesses. My colleague Kaisa, for example, is working on the responsiveness of the Finnish education system to the emerging and future needs of Finnish industry. As a part-timer on SWiPE, my doctoral project has a rather different focus; on legitimacy and sustainability in West-African palm oil. While at first glance palm oil sustainability and smart work in the platform economy are odd bedfellows, a closer look reveals overlaps and surprising opportunities for expertise from Finnish industry to make its mark.

Palm oil is one of the more controversial industries one comes across on reading the news. Palm oil has a reputation, deservedly so, for a lax approach to environmental protection and for difficult relations (to say the least) with local, particularly indigenous, communities. As is often the case, this is a black-and-white stereotype hiding a range of different shades of grey in terms of environmental conservation and governance as well as community relations and economic impact. Palm oil has been significant driver of rural development; likewise, it has been a driver of land use change, often not for the better in terms of environmental sustainability. In Malaysia and Indonesia, the heady days of palm planting are passing, and a growing realisation is setting in regarding the importance of conservation[i]. The focus thus shifts from plantation expansion to sector productivity, and therein lies opportunity.

This is because even the best plantations are actually running as much as 30% behind potential in terms of harvests actually collected in the field. In plainer terms, up to 30% of the harvest rots in the plantation. Why? Lack of automation and harvesting technology (Corley & Tinker, 2016, pp. 301-302; 312-317). Also, lack of a technology driven platform to track production from tree to mill to final product (making this lack also a sustainability issue btw). Palm oil harvesting is essentially manual labour recorded pen-on-paper in-house. Hard, hot, manual labour that is becoming less and less attractive to the citizens of middle-income countries who would, more often than not, rather work in cities.

In Malaysia, my industry contacts suggest a 200 000 person shortfall in palm oil workers across the sector – essentially all in harvesting and field work. Even many of those in work are often migrants from Indonesia (which also needs these labourers for plantations) and Myanmar; without getting in to the rights and wrongs of the matter, the Malaysian government has a goal to decrease reliance on foreign labour while simultaneously increasing the wages and skill level of Malaysian labour. It is hard to see how this can be done without mechanisation, automation and a wholesale technology driven transformation of the industry.

As for the technology, the Malaysian government has for several years supported investment, innovation and entrepreneurship within the palm oil technology space, mainly coordinated through the Malaysian Palm Oil Board. However, most progress has been made in updating and motorising hand tools in a sector where introducing wheelbarrows not too long ago was considered a significant boon to worker productivity. Motorised wheelbarrows are a current area of interest [I suggest muting your speakers before watching that video]. Prototype machines for harvesting from taller palms tend to be based on excavators and haven’t so far progressed much beyond the trial phase.

In a large part, what mechanisation is in use seems rudimentary at best. When my father and I showed a video of oil palm trees being “chipped” according to established practice, managers of a Finnish wood processing equipment firm were incredulous. Some established practices are so bad, they aren’t even funny. Imagine if you will, forestry insider, an excavator with a sharpened shovel, felling and “cipping” an old oil palm. Want to see? Watch here. Mind you though, however the work is done, this is a fantastically profitable industry with a significant tons-per-planted-hectare advantage over competitors (Barcelos et al., 2015). And a proud one too, with long closely held traditions. Finnish companies developing products for the sector, would do well to approach humbly but surely and with hard numbers.

Before one gets carried away, a caveat: While what I write above makes this sound easy, it isn’t really, there’s a lot of detail that needs to be worked through – in terms of industry processes and models as well as regional differences. Palm oil plantation structure also matters; space is at a premium for working machines. However, I feel, that these are challenges that can be met if Finnish industry can learn fast, adapt and apply its expertise. The Finnish forestry sector has well developed systems for tracking, pricing and trading wood products as well as for arranging work in the field – platforms that the palm oil sector could do with.

[i] On national terms, and in fits and start however.

Matti Karinen is a doctoral candidate at the Univeristy of Turku