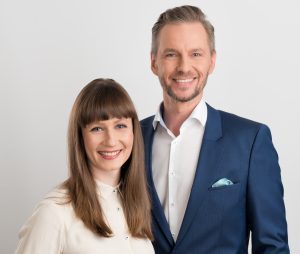 In addition to their tasks of providing education and research, universities are an important source for renewal in our society. Therefore, universities have a explicit mandate to support “the quality of research and innovation and the overall operation of the innovation system […] in a way that supports turning high quality skills into profitable business, new businesses and jobs”, as it was phrased in the government proposal highlighting the universities act. In a recent report by Etla, Exploitation of research findings as a source of well-being (in Finnish), we review how our universities perform in their statutory third task. In the light of the results, there are still many things that need to be improved upon.

In the specialised research and innovation support service units (TIP) at the universities, tasks are handled by committed and passionate professionals – which means that at the grass-roots level, there is a strong will to accomplish the third task. However, the units are severely under-funded. The financing provided to the university units is very low and is not based on the surveyed need for service. Scarce resources eat up investments, especially in the marketing of services and in the waking up of the commercialization culture at the university level; with current resources, the TIPs do not have the possibilities for activating researchers in a way that ensures that the third task is properly taken care of. In addition, the units are heavily dependent on project-based outside financing. A large proportion of project financing creates uncertainty on the continuity of activity. The uncertainly then weakens the incentives to expand and develop services.

There is a lot of dormant potential for the promotion of the utilization of the research findings: more than half of academic innovators fail to promote the commercial exploitation of their findings.

According to a large researcher survey, the most important obstacle in the commercialization turned out to be lack of time. If the researchers say that the main reason for not commercializing their findings is that they are too busy, that in itself is a strong indicator that the incentives are weak. If the successes related to promoting the utilization of findings is not rewarded like academic publications, degrees achieved or acquired funding from outside sources are, it is difficult to see why researchers would invest any more in it than they already do – even if the potential benefits of the findings to society would interest them. Because of the lack of incentives, only the few and the enthusiastic spend their time on the task which, by current indicators, does not promote their academic careers.

The cause of the problem is on the system level. As the OECD review panel stated, Finnish universities are not currently encouraged in managing their third task. There are no ways to measure how universities manage the third task, and it has no effect on the basic public funding of the universities. It is naive to assume, that the lack of system level incentives is not also reflected on the level of resourcing for the universities’ TIPs and on how researchers prioritize their time.

The prerequisites and protocols of commercialization could be improved in many different ways. The most important action would be to ensure, that the third task becomes part of the universities’ performance management. This requires the development of measurement tools. Lifting the third task to the level of the first two tasks in performance management would also be reflected in the incentives on the personal level. However, this must be ensured, so that the third task becomes a task that promotes ones career also on a personal level as much as teaching and research promote it. In the short run, more researchers could be hired from the corporate world than today, and universities could work more closely together in the form of cooperative laboratories.

Annu Kotiranta – Antti-Jussi Tahvanainen: Exploitation of research findings as a source of well-being. Etla Reports No. 80.

Researcher Annu Kotiranta and Research Director Antti-Jussi Tahvanainen are both researchers in SWiPE.