The second conference day’s keynote speeches delved into the concepts of work, technology and the economy from a social science point of view. The role of robots in future working life was also one of many things that sparked a lively discussion. 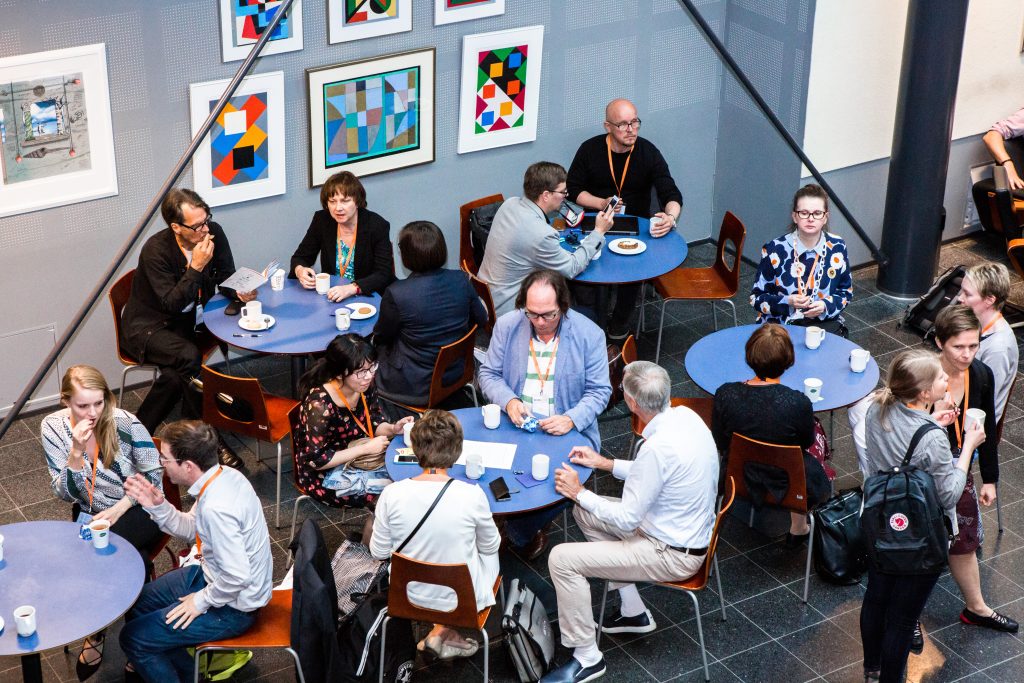 Robots and the Future of Work

Robots have been utilised for a long time in industry, but they are only beginning to be used in the service industries. In the health sector, for example, the need for care is growing as there is a shortage of healthcare professionals and the population is ageing. Robots can be one answer to the problem. In the care sector, however, there are many social and ethical questions related to their use, since the quality of healthcare is largely associated with human contact.

Three studies related to the topic were presented on Thursday morning, which addressed workers’ attitudes towards robots:

Tuuli Turja, Lina Van Aerschot and Tuomo Särkikoski’s study, Finnish care workers’ attitudes towards robots, found that the more experience care workers had with robots the more positive their attitudes were towards them.

The results of Satu Pekkarinen, Helinä Melkas and Lea Hennala’s study, Robot as a workmate? Care workers’ and students’ experiences of the implementation of ‘Zora’ robot in elderly care, revealed that attitudes towards robots in elderly care are twofold. Some workers were enthusiastic about their use and considered them useful, while others perceived them as a threat and a source of additional work.

Nina Savela, Tuuli Turja and Atte Oksanen’s study, A systematic literature review about social acceptance of robots in different occupational fields, found that healthcare workers and elderly people in particular had positive experiences of assistive robots. On the other hand, the use of robots was criticised for the lack of physical human contact.

Jerry A. Jacobs: Using History to Inform the Future of Work

Although robotisation was considered to be mainly a positive development in the above-mentioned studies, many believe there is a genuine threat that robots and technology will replace the majority of work done by humans.

In the first keynote of the day, Jerry A. Jacobs, Professor of Sociology at Pennsylvania University, offered a critical assessment of the idea of a jobless future caused by technological development.

“You encounter the threat of the loss of jobs everywhere – you can read about it in magazines all the time. The benefits that new technologies bring to working life are often harder to see.”

In his speech, Jacobs focused on two key criticisms of technological development in working life. According to the first of these, technology will take humans’ work away from them as task completion is taken over by technology. According to Jacobs, however, this does not mean that humans will lose their jobs entirely. Tasks change and completely new ones will arise.

“For example, drones do not need a pilot but they require a large number of support personnel.”

According to the second general criticism, occupational change is faster than before due to current technological development. Jacobs argues that in reality the situation is quite the contrary.

“Occupational change is now slower than ever before during a period of industrial development.”

“We social scientists have much to offer to the discussion about this issue.”

Peter Levin: A Social Science Agenda for the Technology Economy

The second keynote speaker of the day, Intel Corporation’s Strategist and Senior Research Scientist Peter Levin, also continued on the social science path. In his speech, he focused on the role of the social sciences in the technology economy. Levin himself moved to work for Intel from his academic career four years ago, and his message to the scientific community was clear:

According to Levin, many phenomena related to the technology economy, such as the concentration of power, digitalisation and networking demand the engagement of social science.

“The way in which the global economy creates value is undergoing a major change. I suspect that we are underestimating the power of this change and do not understand its effects.”

Social scientists should seek to understand, critically evaluate and demonstrate interest in the technology economy. It is a change that has implications for all aspects of society.

Levin thinks that scientists interested in the technology economy should consider three things. Firstly, problems cannot be pointed out if you are not ready to provide solutions to them. Secondly, it must be possible to connect research related to the subject to actual uses, design principles or market opportunities.

“You can get a software designer to do what you want when you understand what he is doing”, Levin said.

“It would be good if the ecosystem of social scientists were larger. It requires that some of you leave behind the comfortable conditions of academia.”

WORK 2017 is an international conference held in Turku on the digital future of work and the economy, where experts in the field from around the world gather from 16.-18.8. The conference is organised by the Turku Centre for Labour Studies, together with the University of Turku, Turku School of Economics and the Academy of Finland’s SWiPE research consortium.