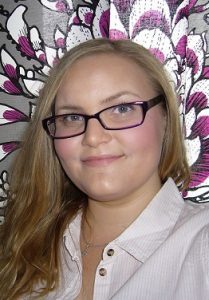 The digitalisation of work is a hot topic of the moment in research. Both in WORK2017 Conference (held in Turku 16 – 18 August 2017) and partly in Working Life Conference (held in Tampere 2 – 3 November 2017), the digitalisation of labour was the main theme of the discussions. In my opinion, the examples, questions, speeches and predictions I heard in both events have created a very twofold picture of future work that  digitalisation, automation and robotics shake. On the other hand, the changes in work are seen to lead to dystopia, where robots have taken all the jobs from people, the population is divided and prosperity and wealth have been centralized to a very small elite that has the power of decision and authority on “winner takes it all” market. On the other hand, digitalisation is believed to increase transparency, autonomy and environmental safety of work, as well as to reduce more monotonous work tasks and to bring the possibility of making more meaningful, relevant and creative work.

When I was contemplating these different views, I began to think Terminator movies and a slightly lighter, animated film WALL∙E. The scenario in Terminator movies is certainly familiar to many: originally man-made machines evolve to be so smart that they start to dominate the world and destroy the mankind almost completely. The survivors are trying to correct the situation by sending a fighter to the past, either human or cyborg, depending on the movie, which tries to save the future by preventing the development of overly intelligent machines. In WALL∙E, the situation is, depending on the point of view, both catastrophic and utopian: technologically highly developed humanity has consumed and littered the planet to uninhabitable state, but people have continued living abundantly and inactively on the starship and left the robots to clean up the Earth.

So why exactly these movies came to my mind? Perhaps that even if we are talking about movies, science or something else, the future is being sketched out in the usual way through utopies and, in particularly, dytopies. On the other hand, although the way to view the changes dichomically through threats and opportunities is quite universal, it appears that the beforementioned films and the scientific and social discussion on digitalisation of work have one major difference: in WALL∙E and Terminator movies, the human contribution to future is underlined strongly, while, when discussing changes in work, this activity seems to vanish. In Terminator films, machines are destroyers, but people are the one who have created them. That is why the future is trying to be saved by influencing those people and organisations of the past that originally developed the machines. The WALL∙E animation emphasises how unsustainable human consumption and development enthusiasm has turned the whole planet into a dumping area. Technological development has led to the situation where people have nothing meaningful to do, let alone to walk, because they are moving only by sitting on floating platforms.

When we talk about work and use terms such as automation, robotics or digitalization, the changes will easily appear as inevitable facts that people simply need to be able to adapt. This type of discussion creates an impression that changes occur spontaneously, regardless of human activity, and people have no opportunity to influence this.

However, in my opinion, it is not the robots or algorithms that stand behind these possible changes in work, but people and their different interests. The dystopic and utopian future scenarios serve as incentives for discussion and reflection to which direction we want to pursue in this period of transition, but the scenarios do not confidently tell us what the situation will be in the future. Do we want to end up floating inactively or do we send a savior to the past to correct made mistakes? The answer is still in our hands.

Sanna Rouhiainen is a project researcher with SWiPE.